January 08, 2018
Lemon Tree Passage is a suburb of the Port Stephens local government area in the Hunter Region of New South Wales, Australia, located at the end of the Tilligerry Peninsula and surrounded by the waters of beautiful Port Stephens.

Ever since I can remember there have been a few urban legends about a stretch of highway named Lemon Tree Passage Road.

The story begins when a motor bike rider and his pillion passenger died after colliding with a four wheel drive killing both.
This seems to be the source of the ghostly lights and apparition.
These sort of events don't stay quiet in small townships.
Stories spread fast often not ending up like they started.

Every so often this urban legend makes a comeback with a number to people tempting fate and poking the ghost rider. 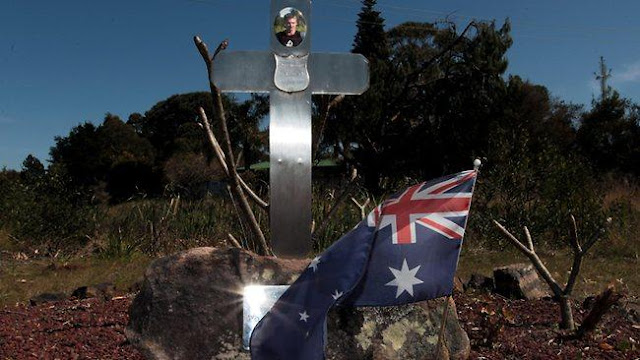 The Lemon Tree Passage ghost first made headlines in 2010 after drivers caught speeding along Lemon Tree Passage Rd in Port Stephens told police they were  were trying to conjure a ghostly light that only appeared after reaching a certain speed.

YouTube clips of the light posted at the time attracted more than 300,000 hits worldwide, with locals claiming it was the spirit of a motorcyclist killed on the road in a fatal crash.
That motor cyclist is said to be Dale Dickens who has a memorial on the roadway where he lost his life.

Allegedly when someone is speeding along this stretch of road where the accident occurred mysterious lights appear behind the driver as if trying to send a warning to slow down.
Here is a story that appeared in the local paper about one encounter:
News that the legend of the Lemon Tree Passage "ghost" has inspired a movie brought back chilling memories for Charlestown resident, Tanya Locking.
Tanya and her friend Leanne Kakoulidis say they lived that movie decades before it became a script, and the experience was far from entertaining. 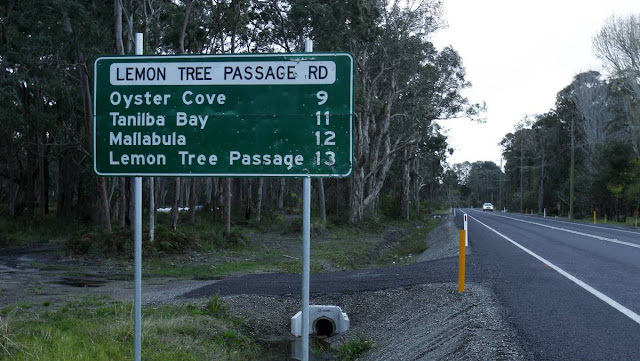 "I was on the road with [Leanne] when I was about 19, which was 26 years ago, and we were coming home after midnight from Nelson Bay after watching DV8 when a single light out of nowhere appeared," Tanya recounted. "I didn't really think much of it except that it was very close behind me.
"When I started to comment to my friend about the goose riding behind me the light just disappeared. I thought he was going to ram us.
"While we were chatting the light reappeared again out of nowhere. My friend turned to see it as well.
"I asked her to stick her head out the window to have a good look and when she did she looked at me scared, as she said there wasn't any noise that a motorbike would make and we were going too fast for a pushbike.
"We started to panic and drove faster but the light stayed behind us for at least a half kilometre."
The girls never mentioned it until about 15 years later when someone brought up the legend of the Lemon Tree Passage light. 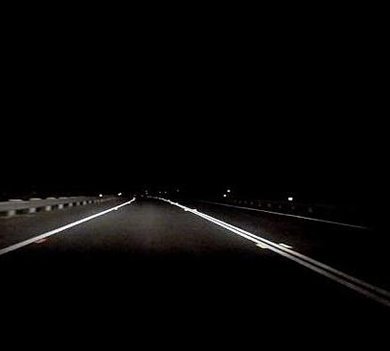 The tale involves two young men in a motorcycle accident in the late 1980s; the rider supposedly lost his leg and his pillion passenger died.
Every now and then the ghost supposedly appears to stalk young motorists.
Sceptics have attempted to attribute the phenomenon to a trick of light via a combination of lights, speed and bends in the road.
But Leanne says she looked at the light directly.
"I haven't thought about that night in 25 years," she said. "I know it was freaky. I couldn't hear any motor engine noise but I tell you there was a headlight there right behind us.
"I know what I saw, it was a headlight, it wasn't off in the distance, it was behind, three or five car lengths.
http://www.theherald.com.au/story/2540471/lemon-tree-passage-ghostly-car-trip-revisited/
Many investigators have spent numerous nights investigating these mysterious lights but there has not ever really been conclusive evidence of true ghostly activity.

As often happens, the moment the focus is paced on the activity...it stops.

Murray Byfield from Unexplained Australia and Hunter Valley Ghost Tours has been looking into this story for years and has a number of TV interviews under his belt about the lights.


Murray believes that the lights are simply other driver's lights that appear closer than they really are. He has examined the road, the distances , done numerous recordings and had not had an encounter personally despite all his attempts.

But, you can't argue with people who ARE having these experiences - they are moments in time that seem to be seared into the m And if so - should we just let this urban legend continue to be alive and well along this stretch of road?

After all, wouldn't we do almost anything to prevent another senseless death? emories of those that encounter such spooky apparitions.

They are very real and have made an impact on those few that have been at the right place, at the right time, for all the wrong reasons.

So in the end, does this apparition do what it needs to do?
That is prevent another accident?

And if so - should we just let this urban legend continue to be alive and well along this stretch of road?

After all, wouldn't we do almost anything to prevent another senseless death?
Do urban legends have their purpose in our mythos?