At least 3 Youth Hostels in Australia seem to have stories of ghostly meanderings within the buildings they occupy.
A number of years ago we did a short investigation at the Newcastle YHA and we really did not find anything conclusive, even staying in the spooky Room that is mentioned in the story below.

But maybe we were just not there at the right time on the right day! Maybe we did not give enough time to connect properly or maybe the Matron really did not want to be seen.

One day maybe we will get another chance!! 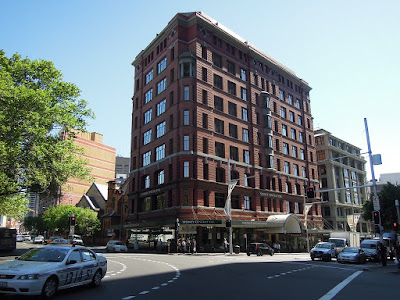 Sydney Central YHA is home to a huge mural by Mulga of Captain Allen Anchor Beard, who had a fondness for seagulls because many moons ago a trusty seagull saved his life.
Allen was thrown overboard during a particularly vigorous storm as he sailed the summit of Cape Horn. After surviving the shark infested waters for the whole night a seagull chanced across Allen on its breakfast fishing expedition. Being a smart seagull it realised the predicament Allen was in and went back to land to find a rope to help Allen with. After finding the rope Sully the Seagull threw it to Allen and dragged him back to terra firma. They have been the best of friends ever since and sing sea shanties together every Saturday evening. 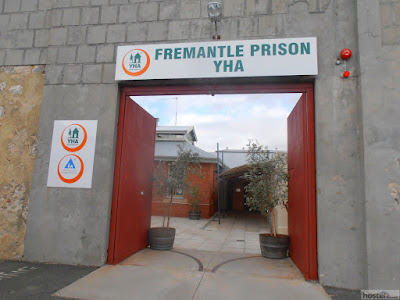 Fremantle Prison YHA staff are often told by guests about an inexplicable presence in one of their shower blocks. No one can quite put their finger on it, but there is definitely an occasional odd feeling in the cell block.
Some months after the hostel opened in 2015, two former prison guards who used to work at the women’s prison came to visit to pay their respects to the only woman ever hanged in Western Australia, Martha Rendell. Her case was controversial and many did not believe she was guilty.
They explored the hostel and then visited the cell block – turns out her former cell has been converted into a shower. The guards even asked if sometimes there is a strange feeling in the room, something which was not disclosed to them during their visit.
The tale goes that after Martha’s death, her spirit would pay her old home a visit from time to time… and it sounds like it still does, more than 100 years later! 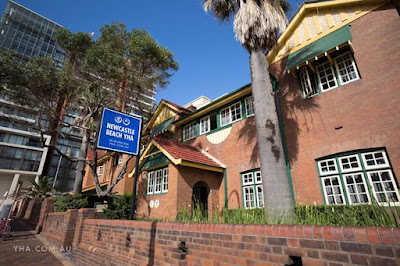 THE GHOST OF NEWCASTLE BEACH YHA

Newcastle Beach YHA was opened as a gentleman’s club in 1885 before handing over the keys to the neighbouring hospital during World War One as part of the war effort, providing accommodation to nurses. YHA took over the property in 1998, but the nurses haven’t disappeared entirely.
“We’ve received half-a-dozen reports of a female ghost wearing a nurses uniform in Room 10 – the old matron’s quarters,” manager Damian says. “She usually appears at 2am to walk across to the balcony, opening and closing the door behind her, sometimes with a pet cat. We have many nurses who lived in the building come and visit and they’re still scared of the matron’s living memory… so we don’t dare tell them that she’s still about.”
Stories from https://www.yha.com.au/about/news/bedtime-stories/