Strange and Weird Tales - Some People would do anything to Get a Head!

EVERY HEAD TELLS A STORY: Phrenologist Archibald Hamilton who as fortunate to escape the clutches of the law.
The 'Old St Peter's or 'Glebe' Cemetery sits on a lonely windswept hillside, just south of the unmade extension of George Street, East Maitland with a westward vista across Wallis Creek and the floodplain to Maitland.
The land for the burial ground was set aside as part of George Boyle White's survey of (East) Maitland in 1829. It was set adjacent to the 18 acre Glebe, abutting Hewston Mitchell's 'Rathluba Estate'.
Internments more or less continued from that point until almost the end of the 19th century.
Whilst principally a Church of England burial ground, it almost exclusively provided eternal sanctuary to the heroes and villains of Maitland's colonial past.
To understand the following bizarre story, one needs to have at least a peripheral understanding of the 'science' of phrenology.
Basically, it was a study of the structure of the skull to determine a person's character and mental tendencies. In layman's terms, a phrenologist claimed to be able to tell the character of a person by the bumps on his or her head. In the 19th century, it was a legitimate science.
One such phrenologist was a Scot, Archibald Hamilton.
In April 1860, following the execution at Maitland Gaol of two men, Jim Crow (an Aborigine) and John Jones, respectively for rape and murder, Hamilton took a plaster cast of their heads.
He did this within minutes of the men being taken from the scaffold.
The story took a macabre twist three months later when the Sexton at St Peter's Glebe Cemetery, Mr William House, complained to the Reverend Greaves that Hamilton had offered him £1 to dig up Crow's and Jones' bodies and remove their heads.
The next day, Greaves visited the incident to Police Magistrate Denny Day.
Hamilton may have etched a profile for himself in the district through his 'scientific' lectures, but moonlit nights and posthumous beheadings were apparently beyond the pale.
He was bailed and committed to stand trial.
The alleged crime: inciting another to exhume corpses from a burial ground.
In it's issue of 14th August 1860, The Sydney Morning Herald reported verbatim the indictment of Hamilton in Maitland Quarter Sessions.
Hamilton defended himself, more or less around the theme ... 'just as a geologist needs rocks, a phrenologist needs heads'.
Whether it was the eloquence of Hamilton's defence or simple racism on the part of the jury, Hamilton was acquitted after a deliberation of only 15 minutes, despite a lengthy summary by His Honour, Mr Justice Owen, reminding the jury 'that the possession of human bones might be very important for the ends of science, and very desirable for the benefit of the public; but it was quite clear that in pursuing science, it must be done within legitimate bounds!' 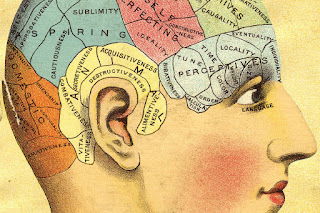 Despite Hamilton's escape from the clutches of the law, it did not save Jim Crow from the phrenologist, who, at some point within the next two years broke into the grave and added Jim's skull to his collection. He displayed it unashamedly in lectures for decades afterwards.

After Hamilton's 1884 death, his widow Agnes shipped his collection of 55 human skulls from Sydney to the National Museum of Victoria, today's Museum Victoria, where they remained for 126 years.